MuOM is a vocal group which uses Overtone Singing Techniques, each singer producing two tones at once. MuOM creates its own music, with no words, super imposing the two planes of the voice and it’s harmonics to create slowly shifting harmonies with delicate overtone melodies overtop.

A MuOM concert is a soundscape experience for all types of public, based on our connection with the vibration of the voice and silence. Our intention is to dissolve the individual voice into the pure collective, inviting the listener to feel the common frequencies of plenitude and well-being.

MuOM also offers concerts with audience participation, guided by memebers of the choir. These concerts offer the public a space to connect, through the voice, with themselves, with the people araund them, and life itself. Anyone can participate regardless of vocal level or musical knowledge.

What is Overtone Singing?

Overtone singing is a vocal technique where the singer is able to produce two tones at once. Using different parts of the vocal tract, the singer filters his/her voice so that not only one can hear the fundamental pitch, but also one of its overtones, which naturally exist in nature but are not audible. The overtones are used to create melodies overtop of the fundamental note.

This technique to “double” the voice was introduced to the Occidental World in the 70’s, coming from traditional throat singing of Central Asia, the Altai Mountains and Euro-Asian steppe (…). Ancestral Chants from these areas are guthural, with clear sounding overtones, sometimes even two at a time. This singing technique is called Khoomei, and is considered world heritage by Unesco 2009, as it is part of Nomadic and Shamanistic tradition.

Some of MuOM’s pieces use this guthural technique from Central Asia. The peculiarity of MuOM is combining this ancient technique with modern choral vocal singing , inspired by choirs such as the Harmonic Choir of David Hykes or Prana, of Baird Hersey. The result is an inovative music with no words (simply the voice and its harmonics), creating a fabric of rich harmonies that shift slowly, giving the listener the sensation of being washed in sound.

MuOM’s music is vanguard, yet draws from ancient traditions, and can reach audiences of all ages and countries. It is an eclectic sound, reminding the listener of the ancient choirs of the Bizantine era, Georgian, etc.

“MuOM’s music is timless and transformative, an eclectic bridging of ancient traditions of overtone singing and modern choral technique” 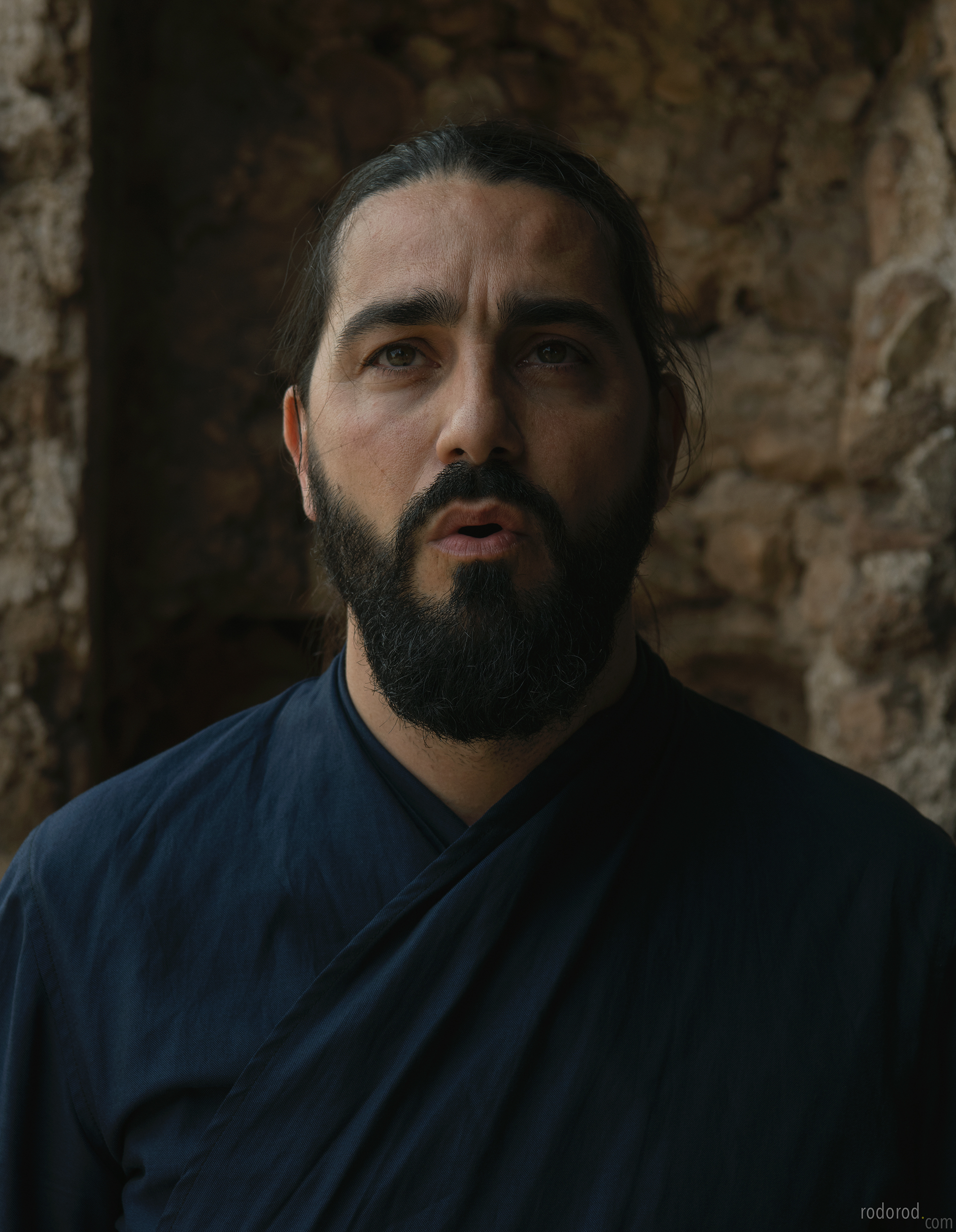 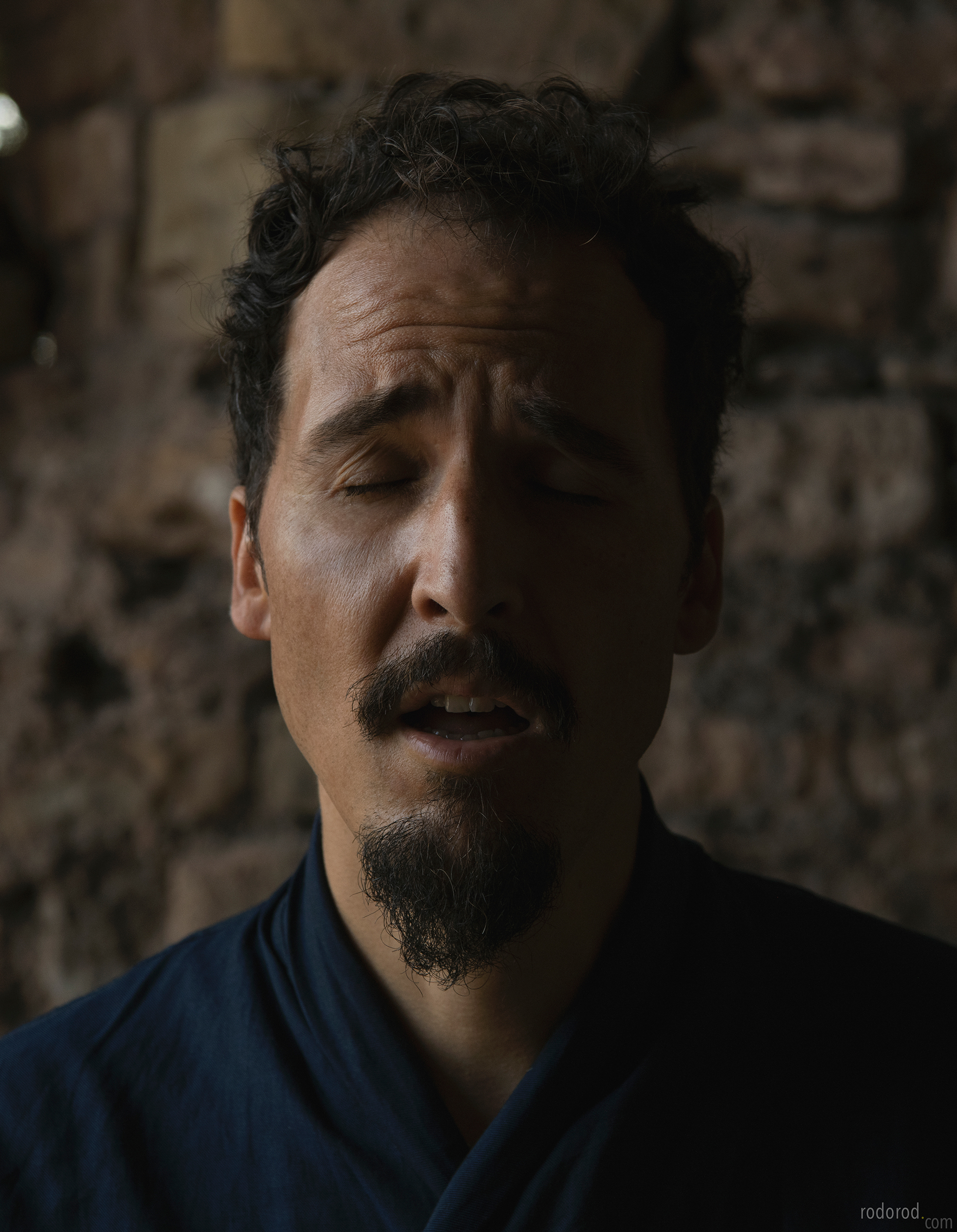 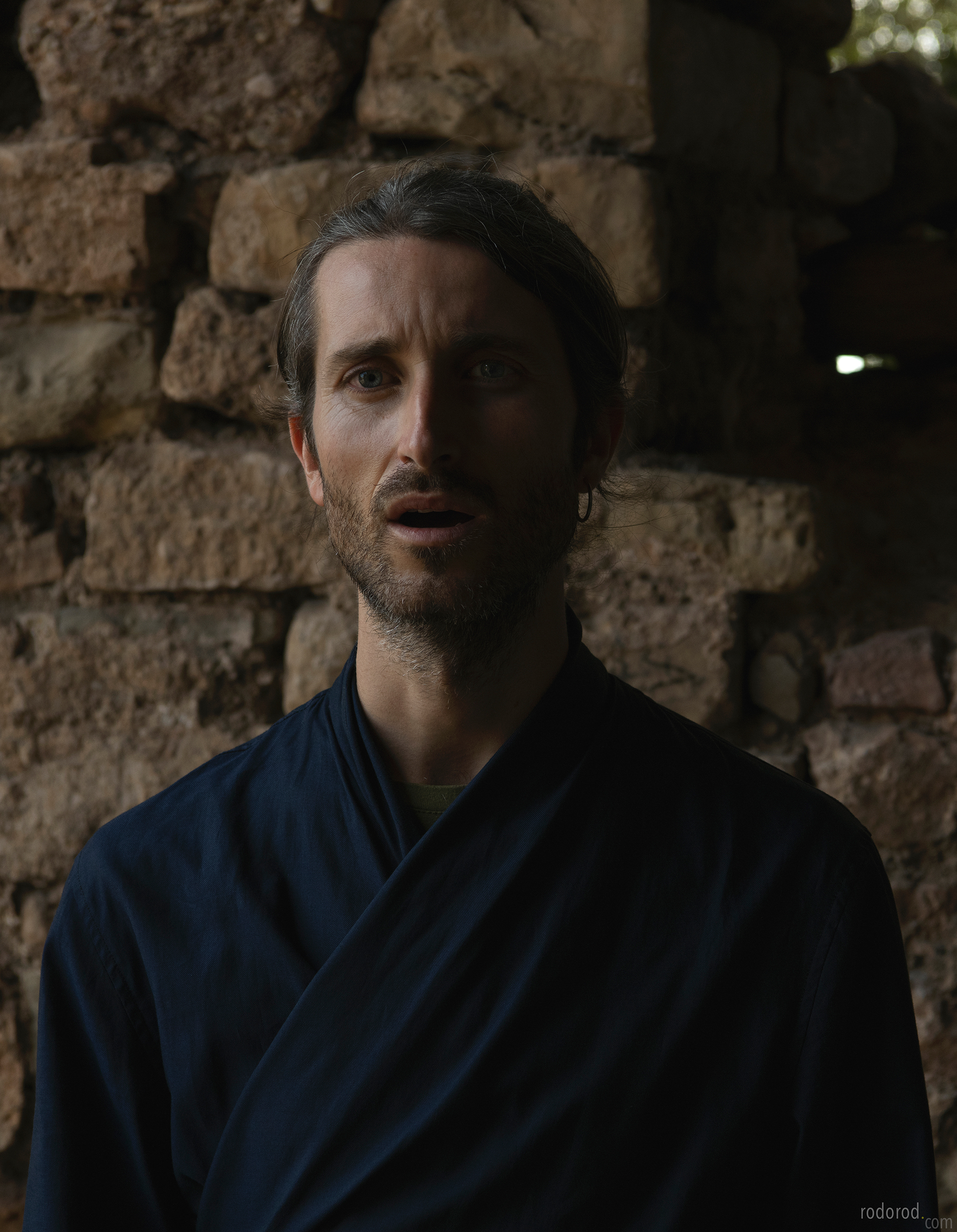 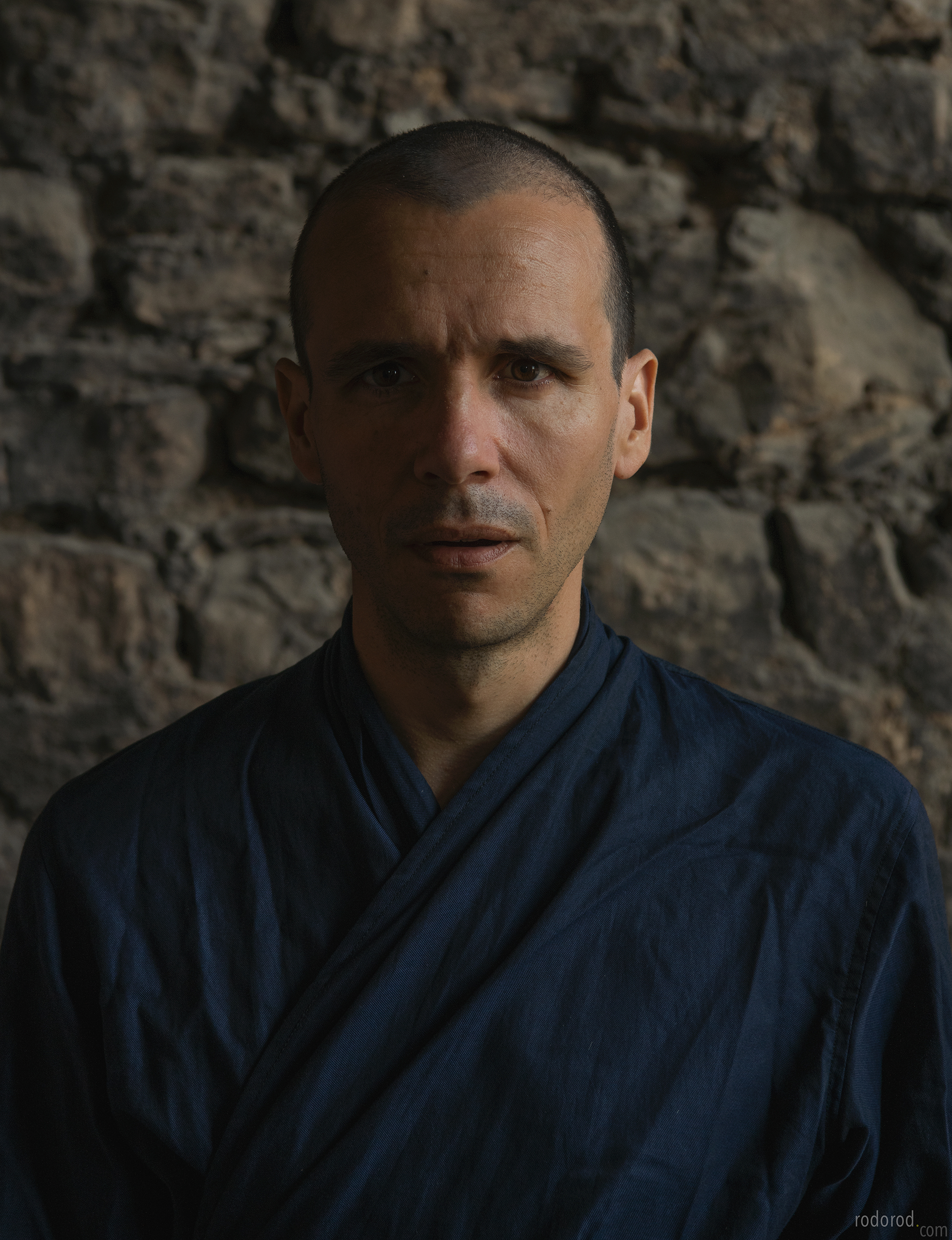 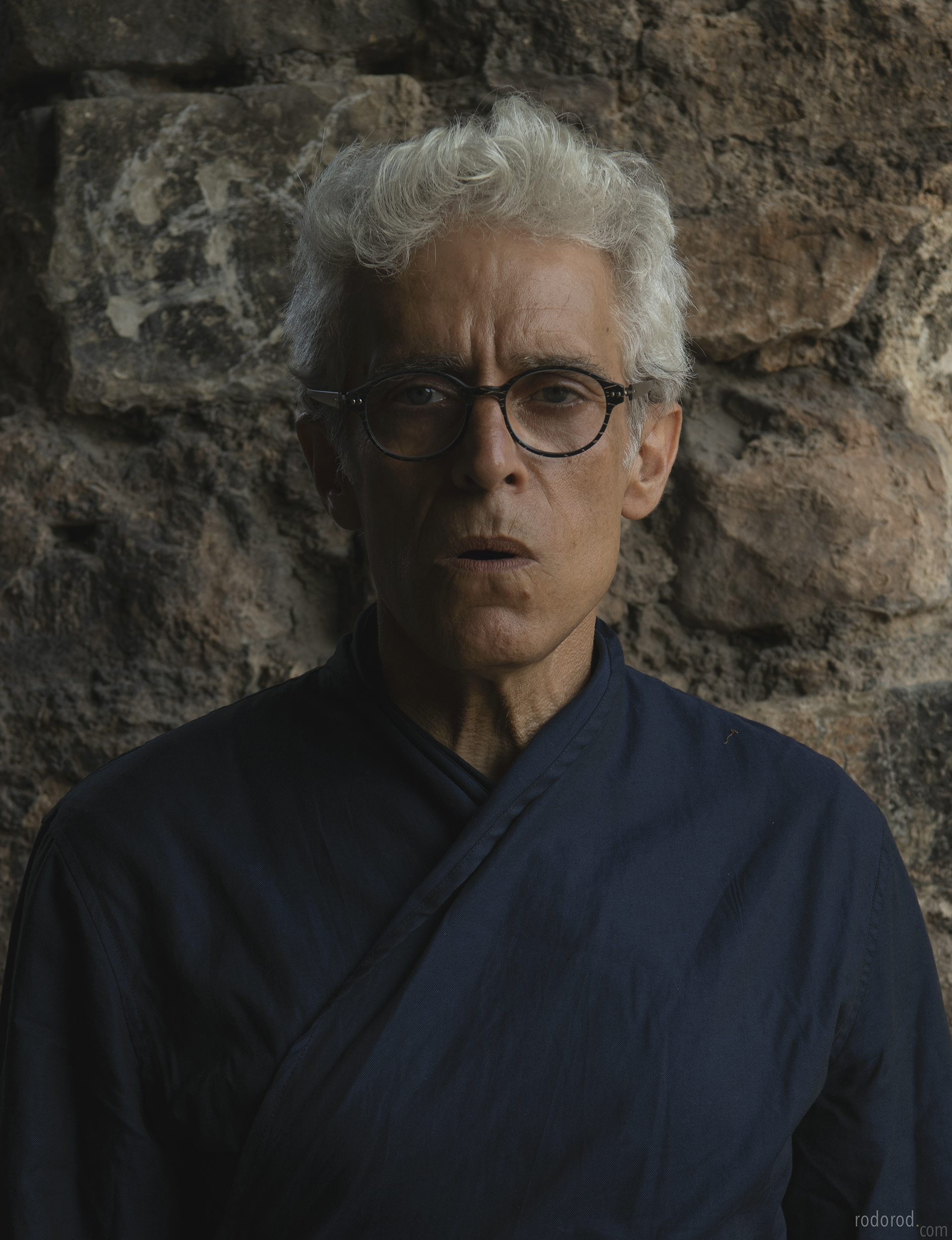 MuOM was born in 2008, from a common interest in Overtone Singing and improvising in a choral context, shared by founding members F.S. James, J. Manjon and M. Perez. “Andapindam”, their first recording, was almost entierly improvised, recorded in Sant Miquel de Campmajor.

Moises Perez was drawn to travel to Siberia to learn the original techniques of overtone snging, guthural throat toning called Khoomei (declared as Cultural Patrimony by Unesco). With new members David Sitges and JosepMa Aragay in 2009 and 2010 the group went deeper into the exploration of harmonic singing and fusioning of the voices.

Cumie joined the group in 2011, along with Riccardo, and in 2012 MuOM went on a national tour of Spain, singing in Aphonica Festival in Banyoles, Aum festival in A Coruña, Villafranca del Bierzo, Leon, Castillo de Loarre, and participated in the Gong Festival, in the caves in Montserrat.

In 2014, MuOM sang a brilliant closing performance to the Sacred Music Festival in Segovia, and participated in Womex (Santiago de Compostela). An international tour in the summer brought MuOM to Wales (Langollen Fringe Festival) and London (St. Ethelburga’s).

Highlight performance of 2014 was a collaboration with Carlos Nuñez in the Millenium Festival in Palau de la Música. In 2015 Xevi Gata (professor of jazz in Taller de Músics) and Nerea de Miguel (cellist and professional singer) joined MuOM and a new CD was released: Ecstatic Voices, in 2017, with the New Records sound engineers.

Recent collaborations with artists such as Luis Paniagua (lyre) and Mark Pulido (Bilas, flat bells) have led to enthusiastic public response, filling the great Cathedral del Pi in Barcelona, with over 600 people.

On an international level, MuOM has been invited to be part of a famous U2 videoclip.

Since 2019, MuOM offers montly concerts in Sant Paul del Camp romanic church in the center of Barcelona. In these concerts, the public gets a chance to join in to some of the pieces (guided by MuOM members), and the audience feedback has been extremely enthusiastic. In November 2018, we celebrated 10 years together in a macro concert in Cathedral del Pi, with over 600 people in the audience.

This year, 2019, we will sing in various festivals, such as the cycle Music and Silence (Sant Benet in Montserrat) organized by Teresa Forcades, Festival Cicle de Dins in Roses (Girona) , and Festival Sons del Camí ( La Seu in Manresa). 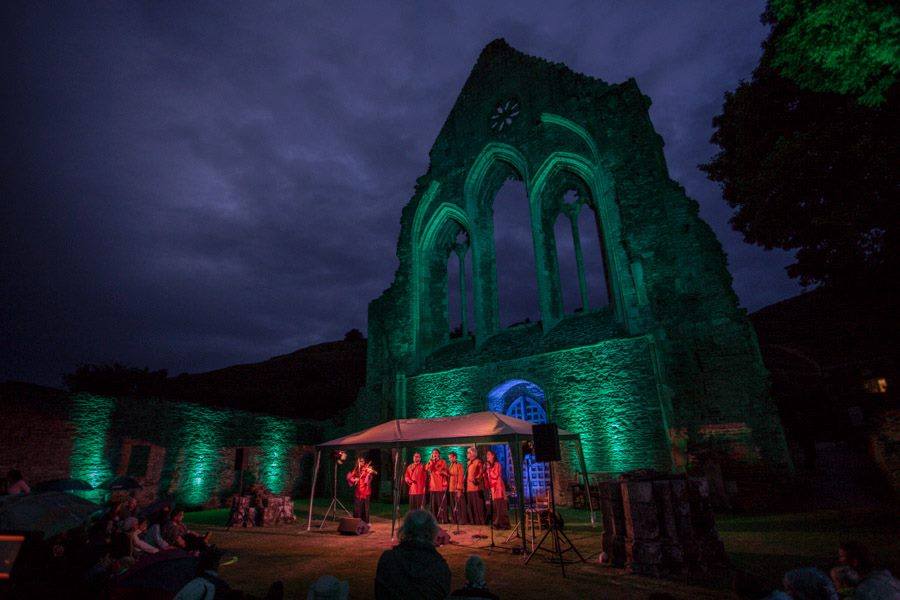 “MuOM performed in Great Britain to enthusiastic audiences, in the World Concert Series in St. Ethelburga’s Centre for Reconciliation and Peace, and in the International Llangollen Fringe Festival in Wales.”

We had the great honor of sharing the stage in the Millenium Festival with Carlos Núñez, in Palau de la Música de Barcelona, playing for over 600 people with Luis Paniagua in the gothic Cathedral del Pi, and Mark Pulido with his special Bilas (flat bells). MuOM is part of a videoclip with U2, and has recorded the music for the movie “Un Trabajo y Una Película”.

MuOM usually sings in cathedrals and churches where the acoustic helps to amplify the harmonics and expand the voices to create a natural and cohesive sound world. However we also have performed in theatres such as the Palau de la Música de Barcelona, with an adequate sound system and sound technician.

Video at the 16 bs Festival Mil·lenni

A return to the purity of sounding

MuOM proposes a return to the purity of sound. Naked voices that sustain a single note into infinity.